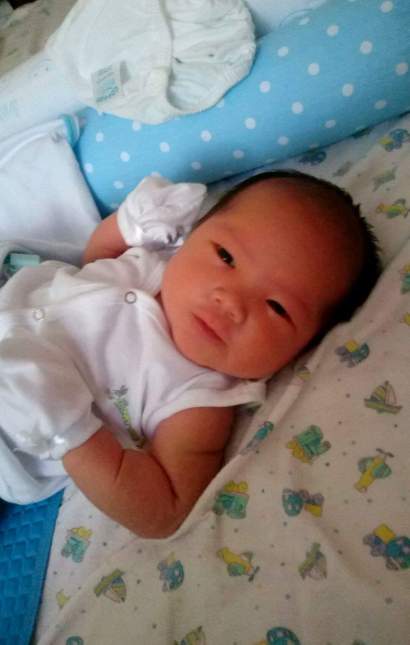 as i write this blog, my youngest daughter, meggie, has been admitted to the hospital.  she had rashes all over her body and nursed a fever of up to 39°C.

she had recently given birth, about a week ago — it was a CS.  she had been breastfeeding and was doing relatively well, until now.  it’s back to the hospital for her; and for all of us, except baby boy ‘skyler’ or (for short) ‘sky.’

meggie’s pregnancy wasn’t difficult in one sense — there were no serious health concerns, except for the baby being ‘breech’ which necessitated him to be delivered via CS — but it was difficult in another sense.

it was a difficult pregnancy because it was an unwanted pregnancy — a moment of indiscretion on the part of her and her boyfriend.  but although the pregnancy was unwanted, the child forming in her womb (we assured her) wasn’t — it was welcome, while in the womb; and would be a blessing, once it comes out into the world.

it was a difficult pregnancy, because it was shared to only a very limited number of people.  there was a mixture of both excitement and anticipation, grief and anger, shame and guilt; plus the vexing prospect of having to explain to every curious mind that asks, ‘what happened?’  only my closest and trusted mentors (amor and p.g.) and my eldest brother (rolly) knew; as far as i was concerned.  my wife and daughters shared the same outlook as i did: to be very discreet about sharing the matter of meggie’s pregnancy, to limit the news to as few trusted people as possible; so as not to cause meggie unnecessary stress, considering her situation — to share only to whom we deemed it was necessary.

now that ‘skyler’ is home — everybody rejoices!  but the joy is limited and not yet complete — it will be, when ‘sky’ finds a suitable home in the loving and protective care of his parents — till then…